Danny Lewis has won the 2021 NJPGA National Car Rental Assistant Championship! The 2020 NJPGA Player of the Year has been on a tear in 2021 with his win at the Match Play Championship early in the summer. Lewis, 32, has been nothing but impressive since the beginning of 2021. Today's Assistant Championship was Lewis' second win in just 3 short months. Lewis also included a Top 5 finish at the Lincoln Charity Clambake and Open/Stroke Play at Watchung Valley. 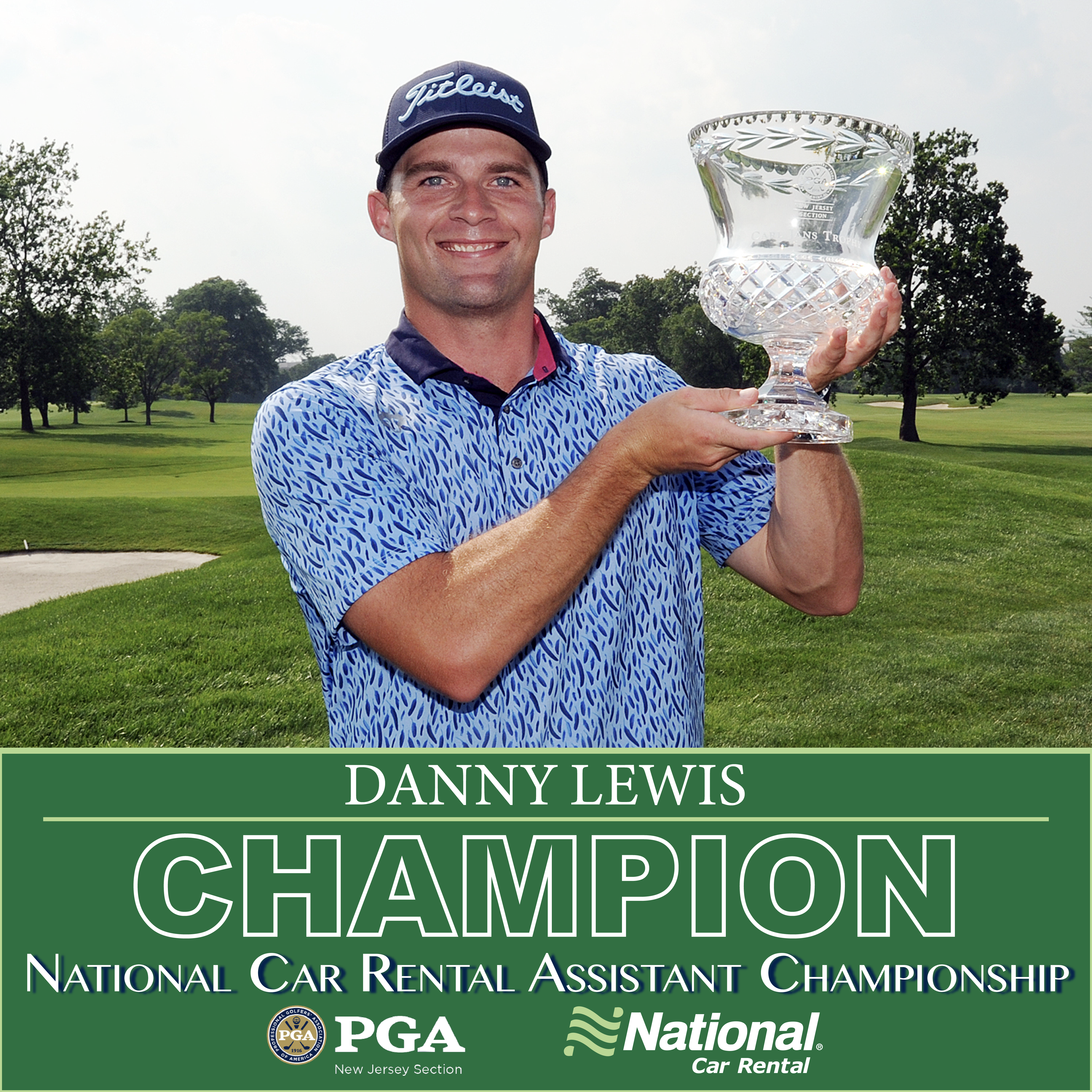 After 18 holes, Lewis lead by 1 shot over Essex County's Tyler McArdell and Watchung Valley's Ryan McLean. After starting his second round with 3 straight bogeys on 1, 2, & 3, Lewis leveld settled down towards the middle of his round when he added a few birdies to level out his round. With a number of competitors pressing towards the end of the round, Lewis found a way to shoot even par on the back nine to card a +2 (74) in Round 2. Ryan McLean and Arcola's Brendan Davis finished 1 shot back of Lewis at -2. North Jersey's Brian Mackey finished the Championship at Even Par. Tyler McArdell and Fiddler 's Elbow's Tommi Avant carded a +1 for the Championship. Essex County's Kyle Leeper finished the Championship at +3. 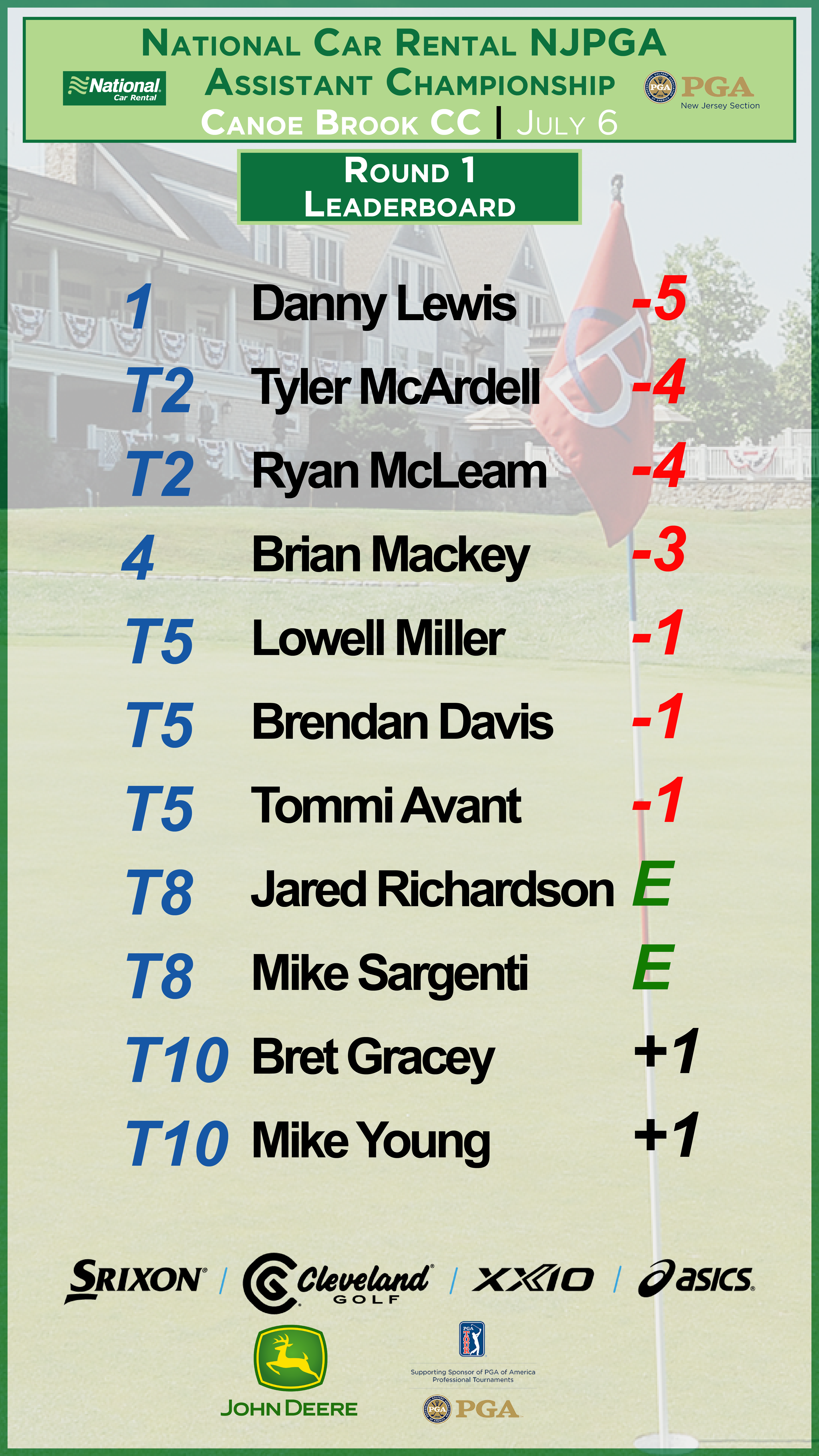 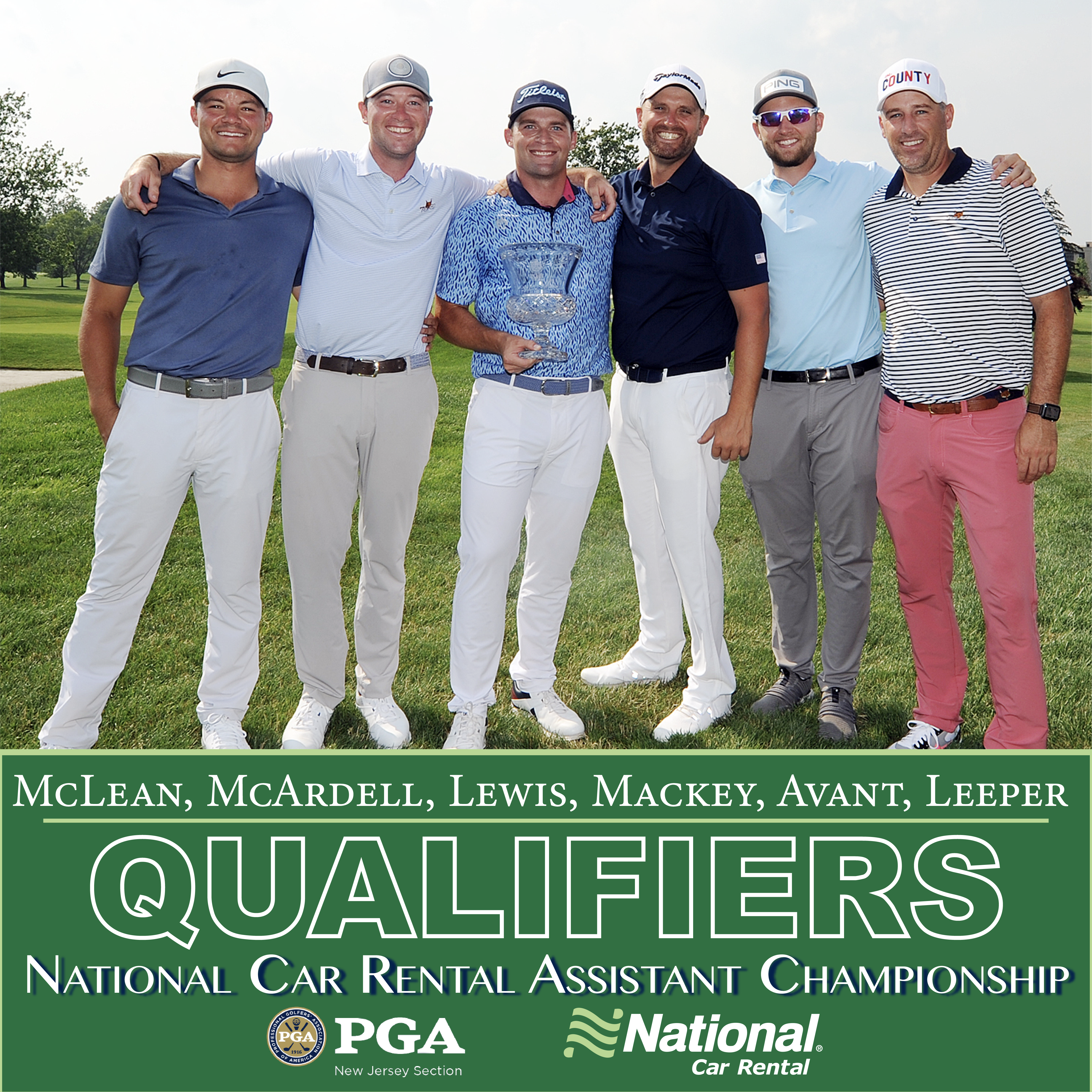